The sloth is a star among Costa Rica’s animal kingdom. Travelers are determined to see this puzzling, cuddly creature during their trek into the rainforest. Our Experts all too frequently receive travel wish lists consisting of top destinations, activities, rainforest resorts, and sloths. You can only imagine then how the masses melt when they hear word that Costa Rica has a sloth sanctuary. Yes, it’s true. We LOVE sloths. And we’re equally as excited about the Sloth Sanctuary’s rising star. 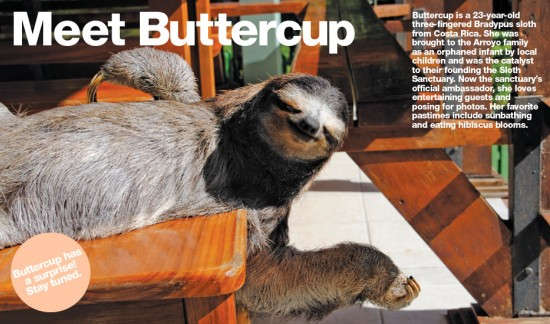 Buttercup, the 23 year-old three toed Bradypus sloth, is the sloth sanctuary’s official ambassador and, some might say, the catalyst for its establishment. If the local children of the Caribbean hadn’t brought an orphaned Buttercup to the Arroyo family in 1992, the sanctuary might not exist today. The Sloth Sanctuary continues to rescue injured and orphaned sloths; some are permanent residents as the result of disabilities, but others are able to rebuild their strength at the sanctuary and return to the wild. Way to go, Buttercup! 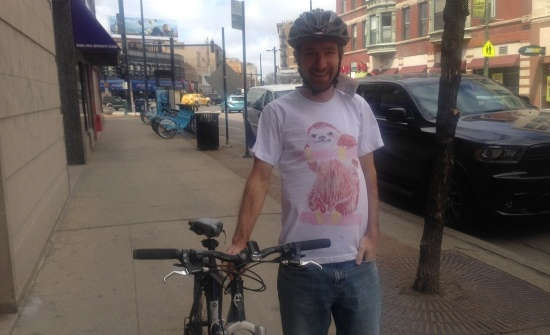 The Sloth Sanctuary is located on the Southern Caribbean Coast of Costa Rica south of the port city of Limon, now accessible from San Jose by a short domestic flight. Check out some of our favorite Caribbean hotels in the area. The Sloth Sanctuary offers a couple of tours that need to be arranged in advance. 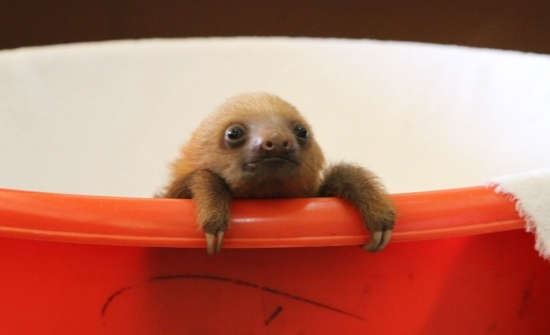 The two hour Buttercup Tour is an introduction to sloths and their habitat. Walk through and meet permanent sloth residents like Buttercup and baby sloths in their nursery. After the sanctuary, visitors will take a canoe tour on the Estrella River. Be on the lookout for a variety of bird species and of course, sloths. The Insider’s Tour must be arranged in advance. First, visit the sloths in rehabilitation at the “Slothpital.” Your guide will then show you the tiny residents of the sloth NICU and the rescued babies in the nursery before joining the Buttercup Tour.

Last but not least, if you love sloths, or animals in general, and haven’t seen the Costa Rica tourist board’s Save the Americans campaign video, you need to…

Can’t get enough? Plan your own Slothscape!