The Complete Guide to Sloths in Costa Rica

The thing about sloths is… we can’t get enough.  Despite their laziness, their slooow movements, their strange little bodies, and that fur (we’ll explain later), they are incomprehensively cute. It just doesn’t make any sense! And perhaps, that’s what fascinates us. Or maybe it’s that they always appear to be smiling at us. Or if we’re being honest, it’s that sometimes we’re lazy, and they’re lazy, and we like that. Whatever the case may be, we know you like sloths too or you’re at least curious because we get LOADS of questions and requests for them. So, here it is. You’ve asked and we’ve delivered. We’re finally bringing you our complete guide to sloths in Costa Rica. We’re tackling all your questions about Costa Rican sloth species, the best places to see sloths, why they’re sooo slow, and more. So without slowing things down any further, let’s talk sloths… 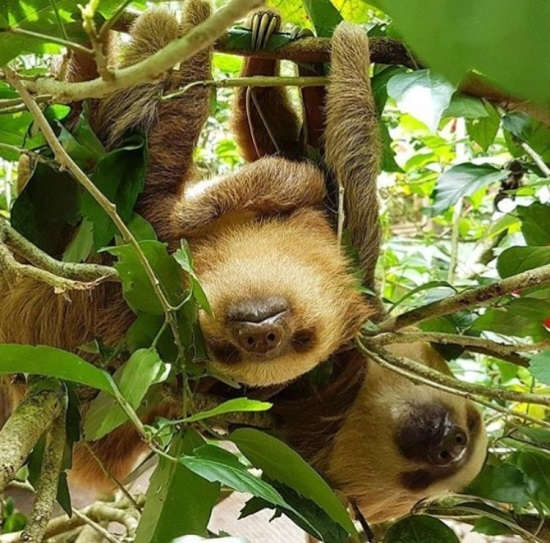 Two-toed sloths (two toes on the front feet and three toes on the back feet) hanging upside down from branches during their daily nap shared with us by @ludo_fortunella!

The Hoffman’s Two-toed Sloth is nocturnal and much more difficult to find. If you do find them during the day, they’ll probably be napping. Although I was once lucky enough to see one on a night hike in Monteverde with the help of a guide. 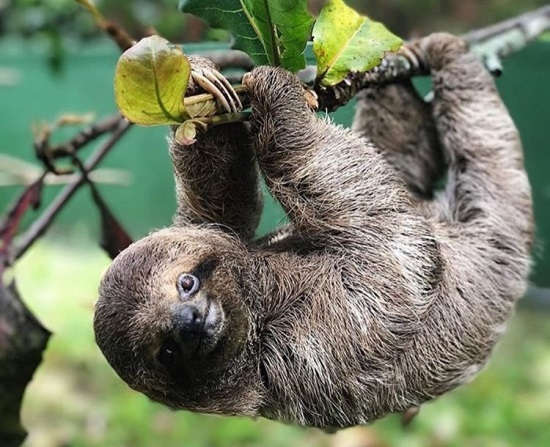 The cutest little thing with three toes shared with us by @maggsye!

The most common three-toed sloth in the world is the diurnal Brown-throated sloth. They are a bit smaller in size than Hoffman’s sloth as they slightly more active.

The sloths of Costa Rica are not, but the maned sloth of Brazil and the Pygmy sloth from Panama are endangered.

Why are sloths so slow?

Sloths have the slowest digestion system of any mammal. It can take them two weeks to fully digest a meal! In an effort to conserve energy, sloths have evolved to do less rather than eat more. They can spend up to 20 hours a day sleeping to conserve energy.

What do sloths eat?

Wildcats and Harpy Eagles, but the sloth’s slow infrequent movements and canopy-colored fur make them difficult to spot. Other than that, sloths aren’t exactly a popular menu item in the animal kingdom. They have those long claw-like toes and their fur isn’t exactly appetizing.

Okay, what’s the deal with their fur?

The fur of a sloth is actually an entire ecosystem in and of itself with colonies of algae, fungi, moths, mites, and the like. The ecosystem serves as a sort of symbiotic relationship with the sloth as it gives them a green tint that allows them to hide from predators and also serves to make them rather unappetizing.

Where should I go to see sloths in the wild?

Sloths are plentiful throughout Costa Rica but may be difficult to spot to the untrained eye. A professional naturalist guide can help point them out. As a general rule, the further south you go along the Pacific coast, the more likely you are to see wildlife as the concentrations are higher. The South Pacific and Osa Peninsula are prime wildlife watching destinations.

Where should I look? 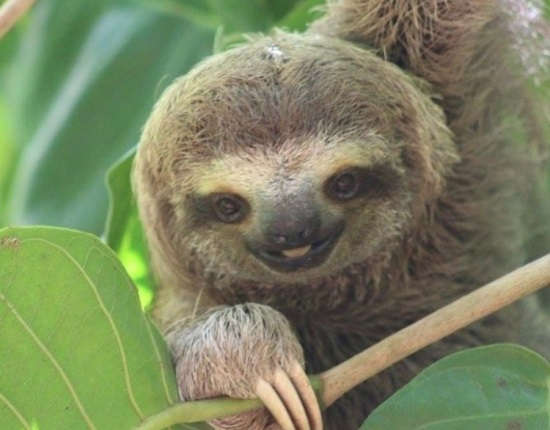 Look up! Sloths are tree-dwellers. Listen closely for leaf rustling and scan the canopy treetops where sloths spend the majority of their time. They only occasionally can be seen on the ground where they go to defecate about once a week because of that slow metabolism. Their weekly trek down to the forest floor is life-threatening and the cause of about half of adult sloth mortalities. 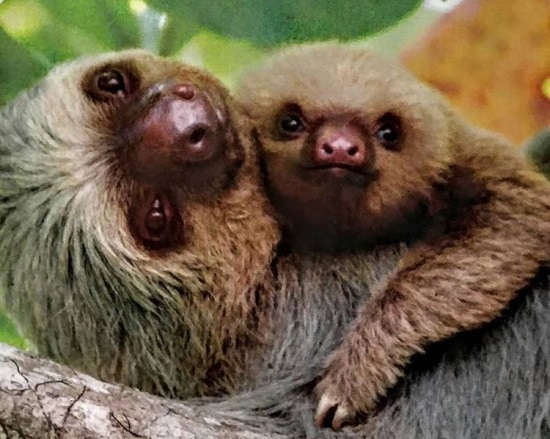 To see the nocturnal two-toed sloth in the wild, we recommend a guided night hike. These can be arranged from most destinations in Costa Rica. Just ask one of our Costa Rica Experts!

If you’re looking to see a sloth during the day, get out there and explore the many national parks of Costa Rica WITH A GUIDE. The only times I have ever seen a sloth in the wild were with the help of a naturalist guide. Guides have finely-tuned sloth spotting skills. Just let them know at the start of the tour that seeing a sloth is high on your priority list!

Sloths can also be found at wildlife refuges and sanctuaries. An Expert can help you make a selection based on your destinations if this is of interest!

A word of caution: Please do not attempt to hold or get too close to sloths. Despite their incomprehensible cuteness, they are animals. If you still cannot resist, please revisit question #6: okay, what’s the deal with their fur?

Why are sloths called sloths? 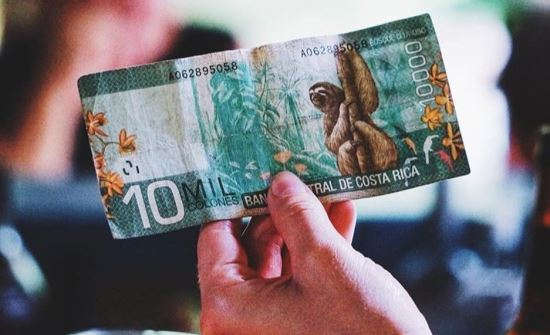 These days sloths are so popular they have even made an appearance on the local currency … one more reason to exchange your money for Colones! Picture shared by @ipadarath!

As the story goes, back in the day – sloths weren’t so popular. Many scientists deemed them slow useless animals unlikely to survive in the wild. With that, they selected the name “sloth.” Turns out they were wrong. Sloths are alive and well and one of the most popular animals in Costa Rica. Don’t you love a good comeback story?

I can’t get enough! Tell me more.

So, there it is! Now you are a certified sloth expert. If we missed anything, please leave your questions in the comments. Now all that’s left to do is book a trip to see these sloths for yourself!

Ready to book a trip? Check out our Sloths & Treehouses vacation package (you can customize it)!

Not so fast? Shop our Wildlife Vacation Packages.

2 Responses to “The Complete Guide to Sloths in Costa Rica”