While we may be Experts on Costa Rica, we know plenty about our neighbor, Panama, too! Panama is a beautiful country, and the opportunity to see the wonder of the Panama Canal is something many people never get. Explore the untouched rainforests, visit the indigenous Embera population, or explore the bustling colonial district of Panama City. But visiting Panama doesn't mean you have to miss out on Costa Rica - just ask us about our combo vacation packages. Two countries in one - what could be more exciting?

Our Panama vacation packages can be purchased as-is or customized to create your perfect escape:

Our packages include accommodations, in-country travel, and excursions to make your vacation hassle-free. 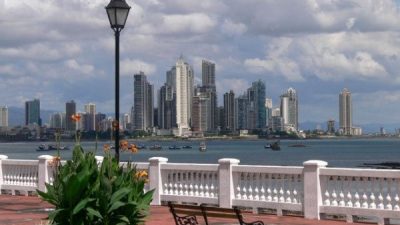 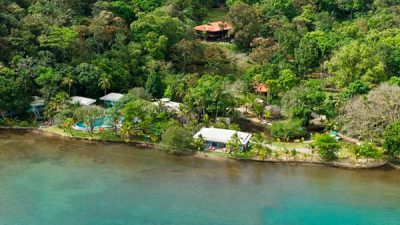 Our Coast to Coast Panama vacation combines Panama City in the south and Portobelo Bay in the north. Begin your vacation in Panama City where you will discover the Panama Canal and Sobernia National Park. Then, connect with nature at El Otra Lado Private Retreat located within Portobelo National Park. 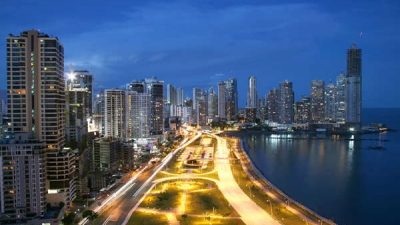 This vacation brings you first to Costa Rica to explore the Los Angeles Cloud Forest, Arenal Volcano, and Manuel Antonio National Park then to Panama City to discover the Panama Canal, the Amador Causeway, and the charming colonial streets of Casco Viejo. 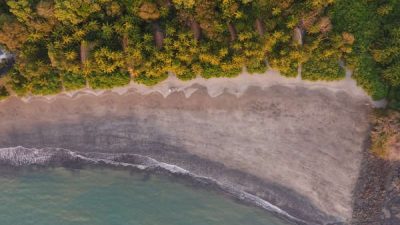 Discover the treasures of Panama City and the Panama Canal, the Caribbean Islands of San Blas, the unspoiled forests of Boquete, and the remote private island of Isla Palenque on our 9-night Panama Highlights vacation package. 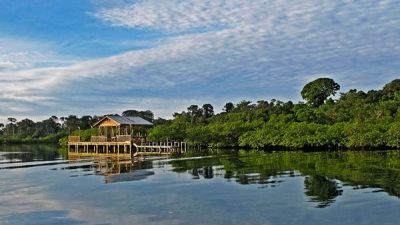 Begin your Taste of Panama vacation in the capital city. Explore the highlands in the Chiriqui province and the Caribbean Islands of Bocas del Toro. 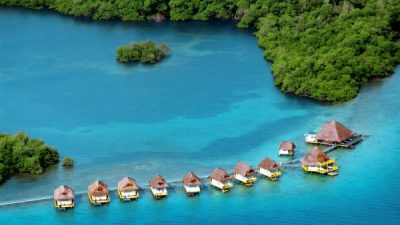 Venture to Panama to explore the rainforest and an indigenous village before visiting the islands of Bocas del Toro. Stop off in Panama City’s historic district. Discover one of Costa Rica’s most popular volcanoes, Arenal Volcano. Finally, head to Bajos del Toro to discover the fascinating ecosystem of the cloud forest!

There's nothing more trying than being on vacation, only to discover that your work isn't done! From meals to tours, our Panama vacation packages are a great opportunity for you to visit the country, without having to handle any of the stress of travel planning! All of our Panama itineraries are just suggestions - we work with every one of our clients to create a vacation that suits each individual. From flights to meals, we can have every aspect of your trip planned before you even touch down.

Despite its small size, Panama celebrates a land rich in natural resources and culture leaving travelers with options for every interest.

The Azuero Peninsula is said to be the cultural heart of Panama. Discover the stories and symbols of Panama's past as they are celebrated in its present. Enjoy the traditional music of the drums, an instrument traditionally played in all three main ethnicities: black, indigenous, and Hispanic. Learn about the Pollera costume and the Tembleques jewelry worn by Panamanian women. Listen to the folklore of the Devil's Mask, a symbol introduced by the Catholic church to tell the stories of Catholicism to the indigenous people.

Panama City and The Panama Canal are the mainstays of commerce and modern culture in Panama. The Panama Canal is considered to be one of the seven modern world wonders and holds a central position in Panama's economy. A visit to this modern engineering marvel which has exponentially improved world trade is high on many traveler's bucket list. The ever-bustling Panama City is another highlight. Take a walk through the old charming streets of Casco Viejo, Panama City's historic district, where the tantalizing aromas of the up-and-coming foodie fare pervade the streets. Also, don't miss the Fish Market, an energetic marketplace in Casco Viejo where the catch of the day is fresh off the boat. With so much water in every direction, it should come as no surprise that seafood is a staple in Panamanian life. Here, the hustle and bustle of day-to-day life is on display. Take a walk around, watch the world go by, and grab some fresh seafood from a local vendor or restaurant.

While Panama is not an island, the country is flanked to the north and south by the ocean with islands and islets speckling the perimeter. Bocas del Toro is a Caribbean archipelago first discovered by Christopher Columbus in 1502. The banana boom has since found the islands, but the living remains easy and small eco-lodges have popped up enticing travelers to visit the islands' sandy shores and crystalline waters. The Pearl Islands are located to the south of Panama City in the Gulf of Panama, an easy jumping point for Panama City travelers. One of the main attractions here is wildlife, and, of course, the beauty of the islands. Bird and marine sanctuaries are home to over 100 species of birds, countless fish, and agouties, iguanas, wild pigs, and more.

The towns of Boquet in west-central Panama and El Valle de Anton to the west of Panama City profit from not only stunning mountainous views created by now-extinct volcanos but also from the lush cloud forest ecosystems created in their cool, high-altitude climates. Boquete is a great middle destination between Panama City and the islands of Bocas del Toro. Aside from the Boquete cloud forest, you won't want to miss Baru Volcano. El Valle de Anton is located within an extinct volcanic crater not far from Panama City - ideal for travelers looking for the cloud forest experience a bit closer to the city lights.

Surfing is the main draw to Santa Catalina, but Coiba Island, located just offshore, wildlife and marine lovers also. The island served as a prison up until 2004, but today is a wildlife sanctuary and UNESCO world heritage site. Visitors can choose between over 30 dive and snorkel sites with over 760 fish species and 33 shark species.

Panama has a wealth of beautiful and luxurious resorts. From the American Trade Hotel, nestled in the heart of Panama City, to Punta Caracol Aqua Lodge, built right over the water in the Bocas del Toro Islands, we're sure that we can find a hotel to fit your Panama plans! Our Panama hotels selection offers the chance to choose for yourself precisely what you want to do, and where! 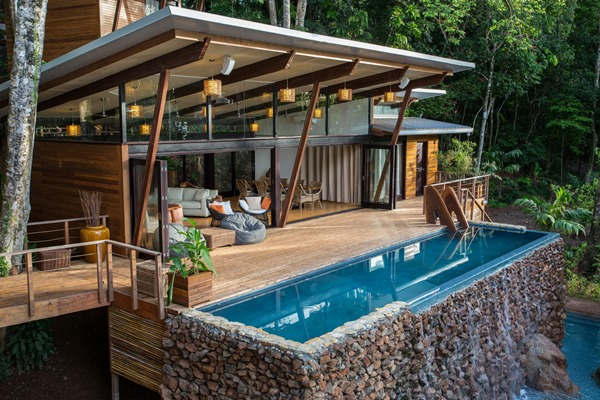 Isla Palenque is an intimate 6-room eco-resort on an island in the Gulf of Chiriqui. The island has a dense jungle interior with seven white sand beaches ringing its borders. This picturesque escape is perfect for couples looking to escape to the hospitable, laid-back islands of Latin America. 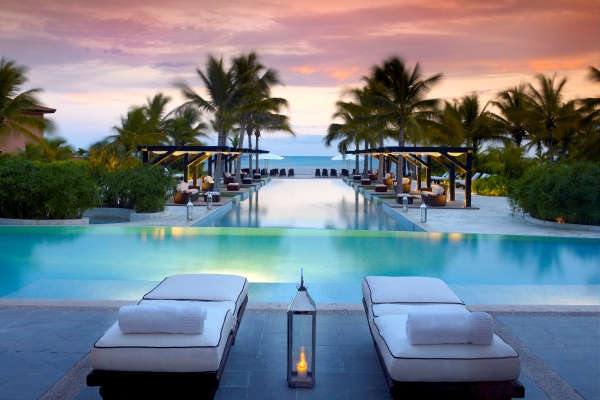 Buenaventura Marriott Resort is located outside Panama City on Blanca Beach with the complete gamut of luxury amenities. The 18-hole Jack Nicklaus golf course, full-service spa, restaurants, landscaped pools, and beachfront access make this the perfect escape for groups of all ages. 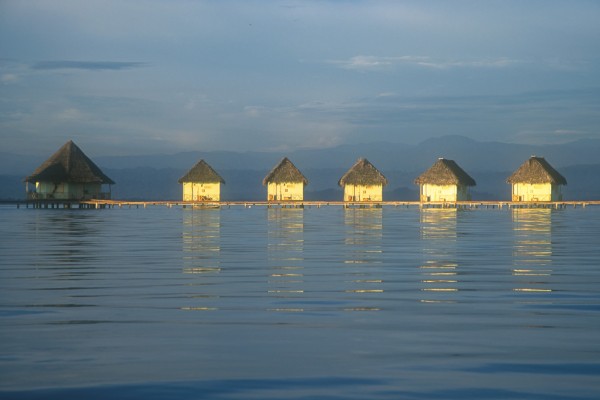 Punta Caracol Aqua Lodge has a series of nine overwater bungalows in the turquoise clear waters of the Bocas del Toro Islands in the Caribbean Sea. Explore the pristine islands and marine life of Bocas del Toro by kayak, boat, snorkeling, or on the trails. 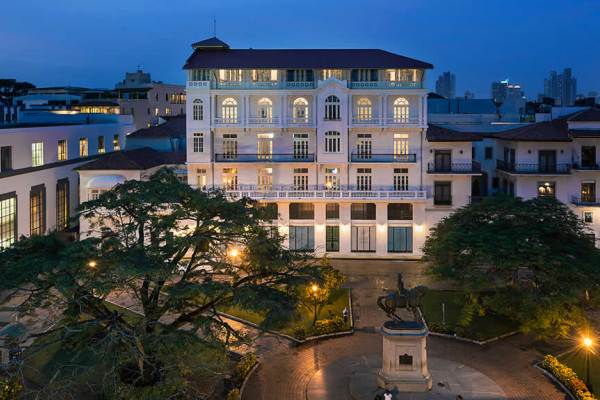 American Trade Hotel is located in Casco Viejo, the lively historic district of Panama City. This modern, artistically styled boutique hotel is in an ideal location for discovering Panama City and nearby cultural attractions like the Panama Canal and Gatun Lake. 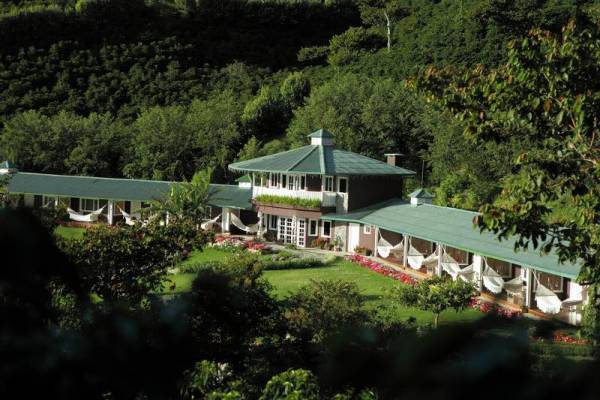 Located in the Chiriqui Highlands outside the town of Boquete, Finca Lerida is situated in nature preserve with over 550 bird species right on the property. Birdwatchers and photographers will love this cloud forest setting located right next to Baru Volcano National Park.