A Guide To The Most Popular Birds of Costa Rica

The birds of Costa Rica incite passion in budding and experienced birders alike and provide endless discovery. There are approximately 903 known bird species in Costa Rica classified within 82 different families. Within each species, there are often variations in plumage between females and males, breeding and nonbreeding males, and adult and juveniles. The following is an overview of some of the most well-known families of birds in Costa Rica. 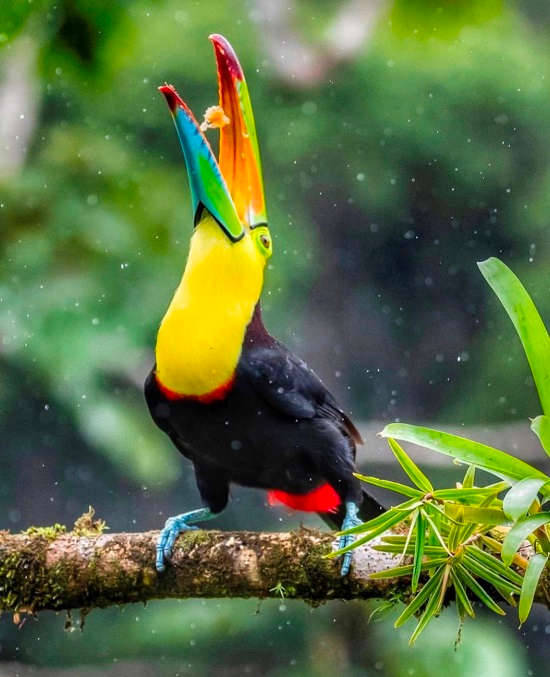 The most recognizable of these is the keel-billed toucan with its over-sized rainbow beak. Toucans commonly eat fruit form flowering trees, but also consume the eggs of other birds, insects, and small reptilian species. 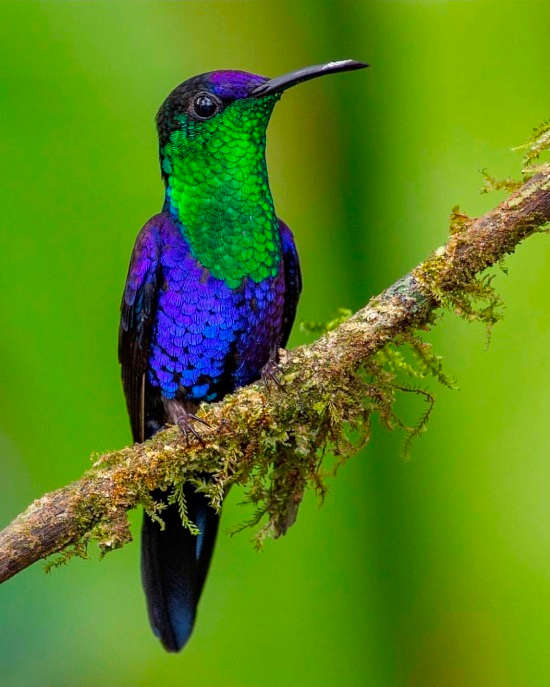 There are 52 hummingbird species in Costa Rica. The hummingbirds’ brilliant iridescent colors, delicate grace, and quick fluttering movements are a source of fascination for birders and nonbirders alike. Their metabolism is so high, they need to eat all day to survive. They visit over 2,000 flowers in a day to do so!

One of the most popular hummingbird dwellings in Costa Rica is the cloud forest. Monteverde Cloud Forest, Santa Elena Reserve, La Paz Waterfall Gardens, Bajos del Toro, and Poas Volcano National Park are prime hummingbird viewing destinations. Many destinations have also made efforts to attract hummingbirds to their feeders, allowing guests to see these magnificent birds up close!

There are 17 parrot species in Costa Rica. The parrot’s bright colors and unique bill stand out from other animal families. Additionally, these birds can live to over 100 years old. They are also one of the few families of birds that can imitate human voices. 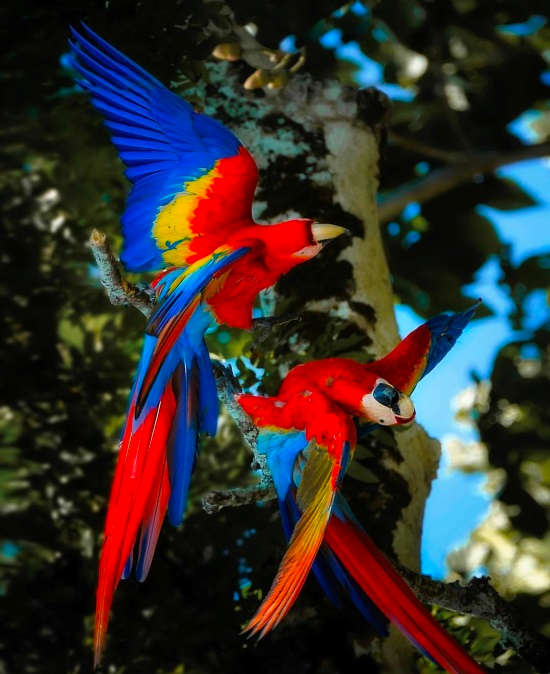 A pair of scarlet macaws in Corcovado National Park via @aritz_atela

The scarlet macaw is the largest parrot in the world and one of the most well-known birds in Costa Rica due to its vibrant colors and unique mating preferences. Scarlet macaws mate for life. Typically, if you spot one scarlet macaw in the wild, its mate is close by. Scarlet macaws can be seen in Carara National Park and the Osa Peninsula.

There are ten trogon species in Costa Rica. The males and females differ in plumage with the males being a bit more vibrant. 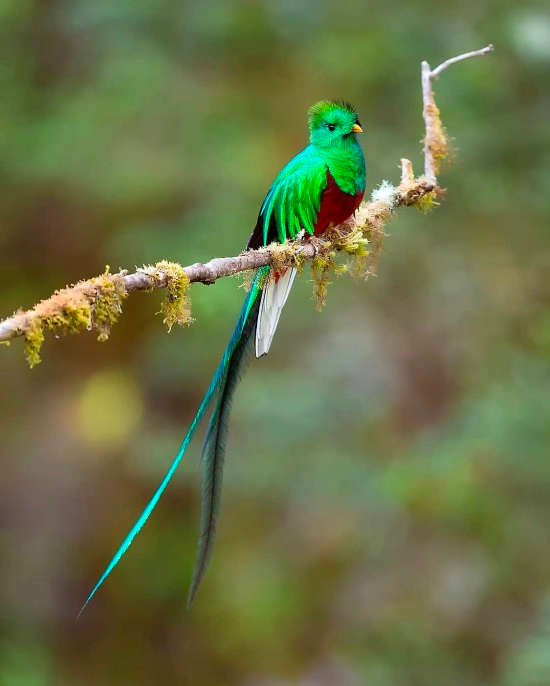 One of the most famous trogons is the resplendent quetzal, a cloud forest dweller. The male quetzal is especially high on many birders’ bucket list with brilliant emerald plumage and four extended upper tail coverts that stream down up to 30 inches beyond their square tail tip. Like many a human guacamole lover, avocado is one of the resplendent quetzal’s favorite snacks. 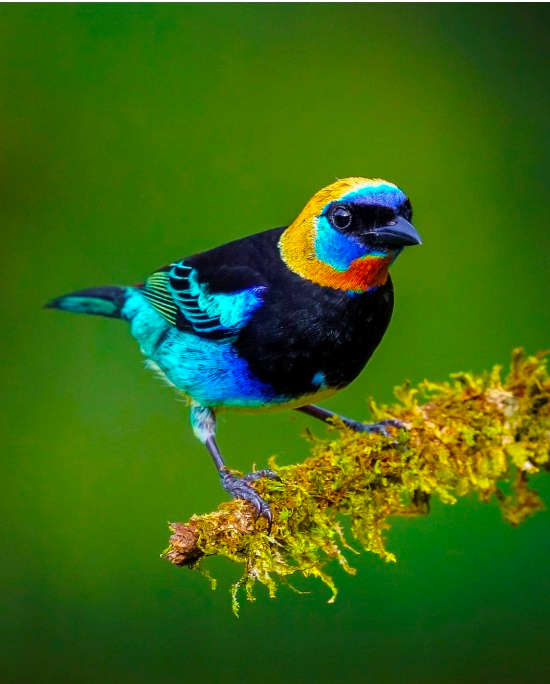 There are 51 species of tanagers in Costa Rica. They are actually a bit difficult to define as recent genetic research has caused scientists to move species around a bit among families. To further confusion, many of the common names have not changed resulting in “tanagers” in two different bird families. Regardless, these birds are some of the most vibrant yet common birds in Costa Rica. They feed mainly on fruits and wild berries. 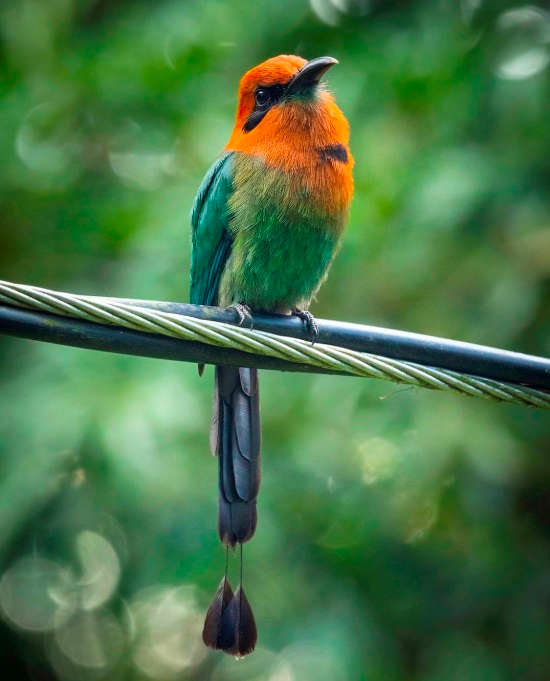 With bright brilliant feathers and a long tail, motmots inhabit the edges and interiors of the forest. All of the Costa Rica motmots, except for the tody motmot, have the characteristic racquet-tipped tails. The blue-crowned motmot is the most common. 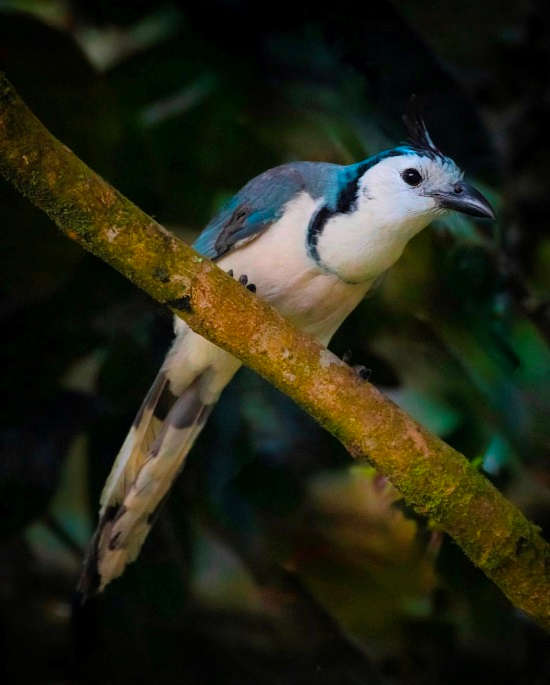 There are five species of jays in Costa Rica: the white-throated magpie-jay, brown jay, black-chested jay, silvery-throated jay, and the azure-hooded jay. All of them display shades of blue except for the brown jay. They are typically noisy foragers, save for the black-chested jay, and omnivores. The white-throated magpie-jay is perhaps the most well-recognized. 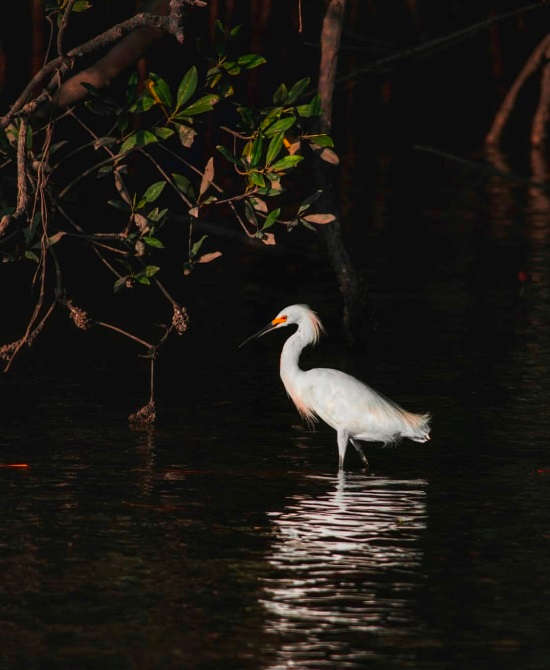 The elegant snowy egret at the Tempisque River via @mariela_cascante

There are 19 species of herons, egrets, and bitterns in Costa Rica. With graceful long legs and necks, these birds are typically found in coastal and wetland habitats of Costa Rica like Tortuguero, Corcovado National Park, Tarcoles, and Palo Verde National Park. They have long pointed bills for spearing and seizing their prey. One of the easiest ways to differentiate similar looking species is by leg and bill color. 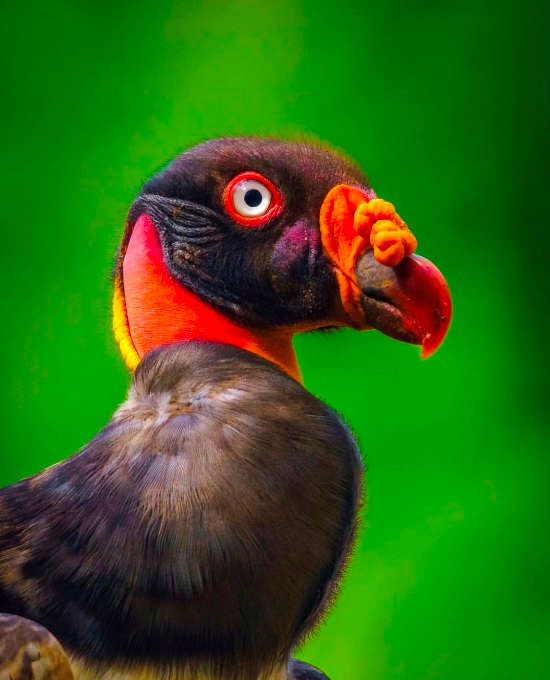 There are four species of New World vultures in Costa Rica. While not especially well-liked or good-looking, vultures flaunt some brilliant colors. Their bright hues serve as a signal among mates and potential pairs of vultures. Furthermore, these guys are essential for ecosystem balance. Without vultures, carcasses would remain longer allowing diseases to spread and insects to boom. 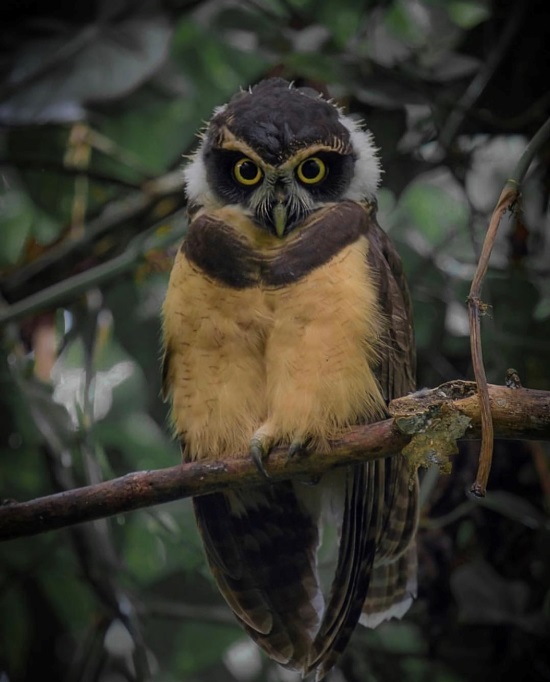 There are 16 owl species in Costa Rica, all of which are colored in shades of brown. These chiefly nocturnal animals are known for their ability to hunt in the night. Some of the most wide-spread owls include the striped owl, crested owl, spectacled owl, mottled owl, and black-and-white owl.

It’s worth mentioning that Costa Rica’s national bird is the clay-colored thrush (previously called the clay-colored robin), one of the most common birds in the country and found throughout nearly every region. The clay-colored thrush’s mating season is typically from April-June, also the start of the rainy season, when its unmistakable song alerts farmers to the beginning of the coming rains.

Ready to experience birding in Costa Rica? Plan your trip with a Costa Rica Expert.