Best Time to Visit Costa Rica: What to Expect Month by Month

This a tough topic. The question should really be: When is the best time for ME to visit Costa Rica? Yes, the answer depends on the individual. So while we can’t answer this question for you, we can give you some information to help you make your decision.

First things first, there are two tropical seasons in Costa Rica: dry season and green season. December through April is the dry season. May through November is the green season. The dry season is also the high season as many snow birds make their escape to the tropics, and there is less rainfall. While the high season is the most popular travel time, the green season is often a favorite among Costa Rica Experts. The green season typically experiences sunny mornings (great for morning excursions) and afternoon rain showers (perfect for a rejuvenating afternoon repose). There are many perks of traveling in rainy season like discounted hotel rates, less crowds, and more active wildlife.

Keep in mind that the landscapes and climates of Costa Rica vary greatly by region. The coasts are generally warmer, and the highlands are generally cooler. As you move south along the Pacific coast, humidity levels rise. The Caribbean Coast is generally hot, humid, and rainy year-round, with a short break in September and October. Please consult a Costa Rica Expert on the general climate of your destinations of interest over your travel dates.

What to Expect Month by Month 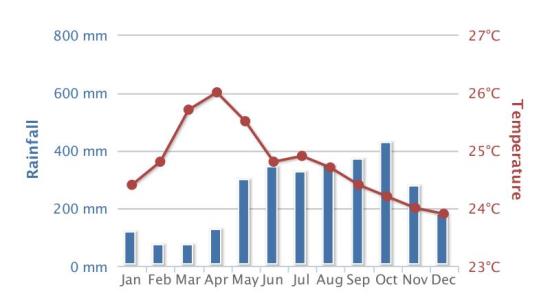 For a general idea of monthly weather conditions, The World Bank Group has a great tool that shows the average monthly rainfall and temperature in Costa Rica over 20-30 year periods. Now for the monthly breakdown…

The beginning of January is a peak travel season in Costa Rica, as crowds from the Christmas and New Year holidays linger. It is also dry season in Costa Rica, when clear skies accommodate travelers. The beginning months of dry season are particularly appealing as the landscape is still verdant from the recent green season, despite reduced rainfall. 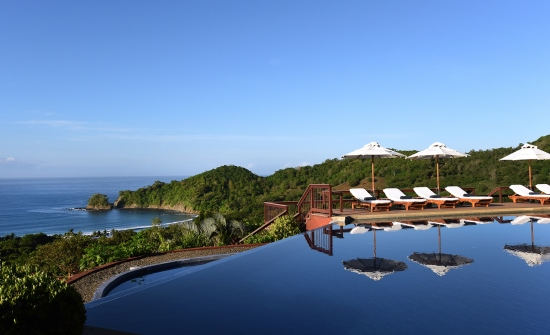 A beautiful, clear day on the Nicoya Peninsula from Hotel Punta Islita

We’re still in dry season, and the weather remains fantastic. There is generally a spike in tourist traffic over Easter and the week leading up to it. Plan ahead for travel over Presidents’ Day weekend, Spring Break, and Easter. Hotel availability is limited over these popular travel dates, and some hotels increase rates over peak travel dates. Book early.

April marks the last month of the dry season, although it can last a couple weeks longer in the arid northwest region of Guanacaste. Travelers can still enjoy clear skies, although the vegetation, particularly on the North Pacific Coast, has lost some of its vibrant green sparkle after months of little rain. April is also historically one of the hottest months of the year. If Easter falls in April, you can expect a spike in tourist traffic over the holiday. Plus, there may still be spring break travelers, so you’ll want to book your vacation well in advance.

The start of green season in May is a much needed cool off from the intense heat of the dry season. Temperatures begin to drop as the hotel prices and number of tourists do. May is a bit of a transition month, in which the rain picks up, but not quite at the rate of later green season months. 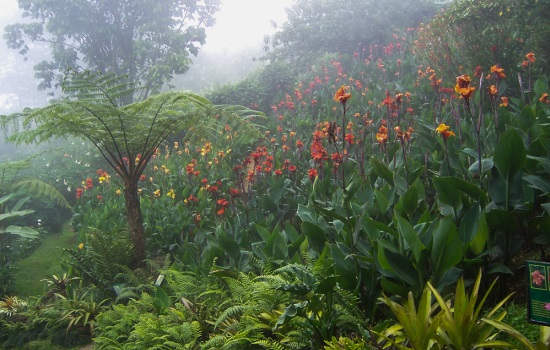 The rain brings out the best in Costa Rica’s flora.

In June, you’ll see a small surge in tourists as the kids get let out of school and family vacations start. Everything begins to look much more green as the rain brings the rainforest to life.

It’s green season in Costa Rica, but a brief pocket of sunshine breaks up the rain in July in what locals call veranillo, or little summer. Exact veranillo days and duration vary from year to year, and may even continue into the start of August. Afternoons are rainy with typically clear mornings (perfect for morning tours). The weather is generally good, and hotel prices low. July and August are popular travel times due to less rain, family summer vacations, and active green season wildlife. Some hotels increase their prices in these months.

This is the peak of green season on the Pacific Coast, but don’t let the rain keep you away. Your opportunities for spotting wildlife are best in green season. Surfing and rafting are fantastic. Hotel availability, prices, and service are at their best. Plus, there are no crowds. You may even find you have the beach all to yourself. 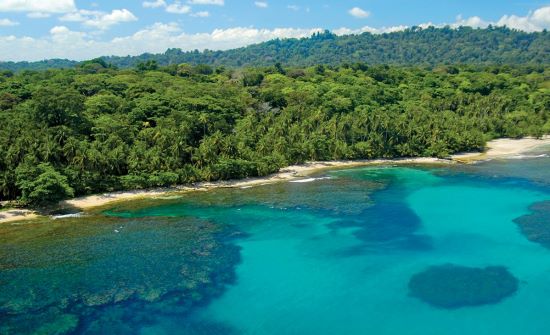 Rain typically clears up on the Caribbean Coast in September & October.

On the typically rainy southern Caribbean Coast, the rain lightens up in September and October, making it a great time to visit. Talk with a Costa Rica Expert about the best destinations to visit during this time of year.

The end of November marks the start of Costa Rica’s busy season, as holidays and cold weather are a great excuse to escape. November is a bit of a bridge month, when the rain has slowed down, and the crowds begin to trickle in.

The beginning of December is less-crowded, with difficult to predict weather. Typically, the sky clears up as the rains begin to taper off for dry season, and you can experience beautiful beach days on the Pacific Coast. In Guanacaste, the most arid region of the country, the foliage begins to turn golden. We enter peak season for travel at the end of December around the holidays. With less rain, there is more uninterrupted pool time. With that, hotel prices rise. Our advice is to book your holiday vacations well in advance to reserve the best hotel rooms and take advantage of any early bird specials.

I feel compelled to state that I am not a weather girl, nor can I predict the future. I only hope to bring you information to help you choose your travel dates. The best person to decide when you should visit Costa Rica is you. If a rainy afternoon would ruin your vacation, visit in dry season. If you intend to experience the rainforest in all its green glory, the green season is a great choice.