Santa Rosa National Park Guide: Where To Go & What To See

Santa Rosa National Park is located within one of the hottest and dryest regions of Costa Rica, Guanacaste. The sprawling 386 square kilometer park protects the largest remaining expanse of tropical dry forest in Central America. Set in the far northwest corner of Costa Rica, Santa Rosa has pristine remote beaches and is fantastic for birding, surfing, and watching sea turtles nesting. 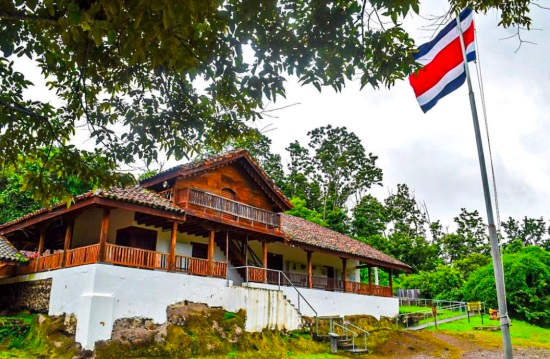 Santa Rosa National Park was the first national park designated in Costa Rica. Unlike most national parks in Costa Rica, Santa Rosa was created not to preserve land but to save a building, La Casona. In 1856, La Casona was the site of the Battle of Santa Rosa, where the American and soon-to-be declared president of Nicaragua, William Walker, and his men were forced to flee to Nicaragua. It was destroyed by arson in the early 2000s, but has since been rebuilt to its original likeness and proudly represents the independence of Costa Rica. Today, La Casona is a museum that presents the timeline of the events in both Spanish and English.

Santa Rosa National Park is considered a dry forest due to the low amount of rain in the dry season (December-May). In fact, it’s possible not to have rain for months in the midst of the dry season. As a result, much of the vegetation loses its leaves until the return of the green season in summer. 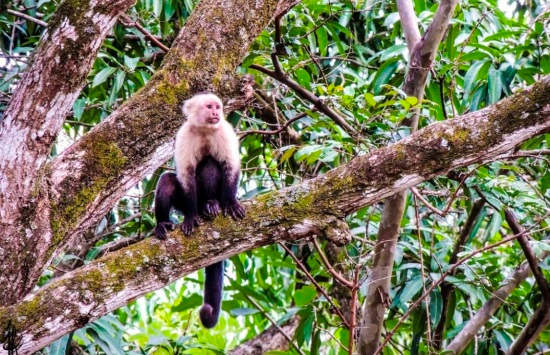 In addition to La Casona, Santa Rosa National Park protects a multitude of ecosystems including the savannah, deciduous forest, marshlands, and mangroves. It also has lovely recreational beaches. Many different animal species live within the park including several that are endangered.

There have been over 100 mammals recorded within Santa Rosa National Park. Some of the wildlife in Santa Rosa National Park include monkeys, peccaries, coyotes, coatimundis, tapirs,  jaguars, ocelots, armadillo, deer, and different varieties of land and sea turtles. In the winter months, as water sources dwindle, wildlife congregates around the water source – making sightings a bit more predictable.

The park has over 250 bird species. The park attracts the raucous white-throated magpie jay, parrot, parakeet, tanager, trogon, and more. Head toward the ocean to discover a variety of coastal birds. 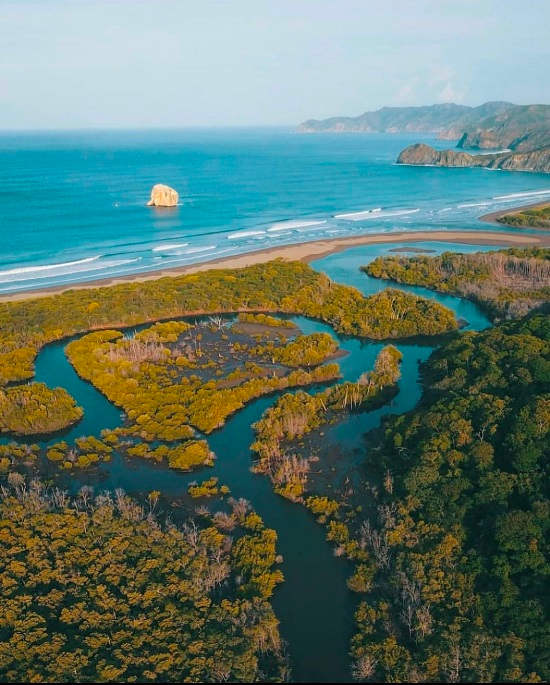 Aside from the flora and fauna and uniquely dry landscape of Santa Rosa National Park, other highlights of the park include nesting beaches for several sea turtle species and the well-known surf breaks of Witch’s Rock and Ollie’s Point.

Playa Nancite is the most popular beach for sea turtle nesting particularly during the months of September and October when it is possible to see as many as 8,000 sea turtles on the beach. Entry to the beach is restricted as the Playa Nancite is protected strictly, but entry can be obtained from park headquarters.

There are two different sectors within Santa Rosa National Park. The Santa Rosa Sector is the most frequently visited with some of the most notable attractions including access to La Casona. Naturalists and scientists visit the sector for its biodiversity and far-out trails.

The other sector, Murcielago, is located a bit farther north. Highlights of the more remote Sector Murcielago include the white-sand beach of Playa Blanca and the trailhead for Poza el General watering hole. The Murcielago Sector is not accessible via the Santa Rosa Sector

There are several different hiking trails within the park, which are mostly only accessible by a 4×4 vehicle. There are also two hiking trails that depart from behind La Casona. We recommend experiencing hiking in Santa Rosa on a guided hike. 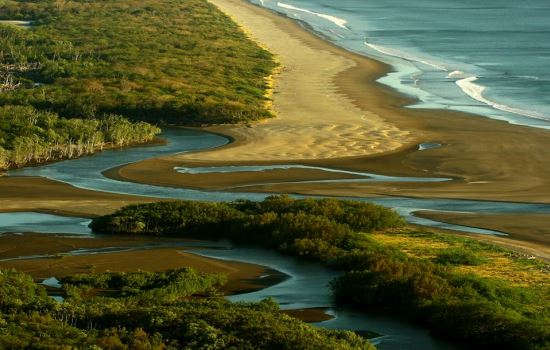 Discover a dry forest of Santa Rosa National Park, the first designated national park in Costa Rica, which contains 2% of the world’s biodiversity. On the trails, you may see monkeys, deer, birds, and many more exotic animals.

After the hike, explore Liberia City, where you can walk around the city center. Historically, Liberia has been called “La Ciudad Blanca” because of its white adobe houses, white dirt roads, and inhabitants who dress completely in white to keep cool in the extreme heat. A guide will bring you to some of the most historic spots in the city. You’ll have the chance to do some souvenir shopping before returning to your hotel for the evening.

Santa Rosa National Park would be a great day excursion for those staying in the Guanacaste region. Hotels on or near the Papagayo Peninsula would be excellent options. The Four Seasons Papagayo, Kasiiya Papagayo, the Andaz Resort, and El Mangroove Hotel are some of the closest accommodations. Browse more Papagayo Resorts here.
The park entrance fee is $15 per adult and $5 per child age 6-12.
We recommend bringing closed-toed hiking shoes, a hat, sunscreen, bug spray, and water.
The park is open Monday – Sunday from 8:00 am to 3:30 pm.
Santa Rosa National Park is located in the region of Guanacaste, Costa Rica which is mostly dry year-round. It does occasionally rain in the afternoons in the green season (June-November). In the dry season (December-May), it’s possible not to see rain for several months.